Silent manga audition is a manga competition held in Japan. In this competition, participants are required to create manga stories without using dialogue or narration.

Participants must use only character pictures and expressions to tell their stories. Silent manga audition was first held in 2008 by Kōdansha, one of the largest manga publishing companies in Japan.

Silent Manga Audition is an annual manga competition held by Kōdansha, where participants can submit their manga works to be judged by the judges.

Kōdansha offers various prizes to the winners of the competition, including the opportunity to have their manga published in one of Kōdansha’s manga magazines.

The purpose of this competition is to find new talent in the field of manga and improve the quality of manga stories without dialogue. 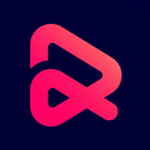